Favorite Firing: Termination for Admitting Violation of Employer Policy Is Retaliation Under FLSA 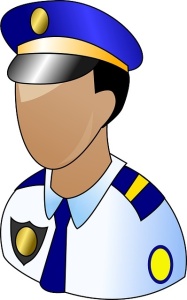 I’ve mentioned before that retaliatory discharge claims under Title VII are hard to defend, but retaliation claims are equally problematic under other employment statutes. In Avila v. Los Angeles Police Dep’t, (9th Cir. 2014), a police officer alleged he was fired for testifying in a co-worker’s lawsuit claiming non-payment of overtime wages in violation of the Fair Labor Standards Act.

The Facts: Leonard Avila was a police officer for the Los Angeles Police Department. He testified in another officer’s lawsuit alleging unpaid overtime wages and admitted he had frequently worked through his lunch break without reporting the extra hours, in violation of the LAPD’s policy.

Shortly thereafter, Officer Avila was discharged for insubordination. The insubordination? His failure to claim overtime wages in violation of department policy.

The LAPD Board of Rights that recommended Officer Avila’s termination found:

“Prior to 2008, you [Officer Avila], while on duty, were insubordinate to the department when you failed to submit requests for compensation for overtime that you had worked, as directed through department publications.”

The Ninth Circuit opinion states the facts as follows:

“Leonard Avila, a police officer, periodically worked through his lunch break but did not claim overtime. According to his commanding officer, Avila was a model officer. The Los Angeles Police Department (LAPD), however, deemed Avila insubordinate for not claiming overtime and fired him.

“Not coincidentally, that termination occurred only after Avila had testified in a Fair Labor Standards Act (FLSA) lawsuit brought by fellow officer, Edward Maciel, who sought overtime pay for working through his lunch hours. Avila then brought this action, claiming that he was fired in retaliation for testifying, in violation of the FLSA antiretaliation provision, 29 U.S.C. § 215(a)(3). The evidence at trial was that the only officers disciplined for not claiming overtime were those who testified against the LAPD in the Maciel suit, notwithstanding uncontested evidence that the practice was widespread in the LAPD.”

The Moral: As the dissenting opinion in Avila stated, “retaliation claims based on federal statutes are increasingly a major part of employment litigation in federal courts.” That is probably the single biggest moral to be taken from this case.

The dissent focused on the fact that Officer Avila and the other officers discharged after their testimony admitted violating department policy in that testimony:

“the only officers singled out for discipline were those who testified at the Maciel action and who admitted under oath that for years they knowingly and repeatedly violated policies that they were specifically told would subject them to termination.” [emphasis in original]

The dissent argued that employees should not be immunized from the consequences of their admissions, but the majority upheld the jury verdict in favor of Officer Avila. The case focused primarily on jury instructions, and, finding no error in the instructions, the majority affirmed.

So another moral from this case is that employers cannot necessarily rely on admissions of wrongdoing by employees, if those admissions are made during lawsuits against their employer. Employers must be careful when seeking to discharge any employee who has raised any type of employment claim or participated in any way in another employee’s claim. As I’ve said before, the retaliation claims are often more difficult to defend than the underlying complaint, whether it be for illegal employment discrimination, unpaid wages, worker’s compensation, or any other employment action.

“This decision is important as the Court of Appeals’ analysis suggests that an employer is restricted from exclusively using information obtained from an employee’s protected activity for purposes of initiating an adverse action.  Instead, the Court of Appeals focused on the fact that the City did not have other independent evidence of alleged wrongdoing beyond Avila’s protected activity when terminating his employment to avoid liability under the FLSA’s anti-retaliation provision. Ultimately, the Court of Appeals left open the question as to whether an employer is strictly forbidden from using any information of employee wrongdoing that is obtained during testimony in another lawsuit.”

And as Branigan Robertson, a plaintiff’s attorney, said on his blog:

“Avila v. Los Angeles Police Department is a win for employees as it shows employers that they need to be extremely careful when firing someone for complaining or being part of a legal proceeding against them.”

In my opinion, the LAPD would have been wiser to have documented a warning to Officer Avila and the others who admitted violating department policy and told them that any future violations would be grounds for termination.

Perhaps that shouldn’t be the case, but this was an expensive lesson for the department. Officer Avila received $50,000 in liquidated damages, and his attorneys were awarded $579,400 in attorney’s fees.

What do you think—should LAPD have lost this case?

This site uses Akismet to reduce spam. Learn how your comment data is processed.