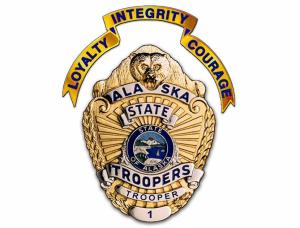 Here’s a case where I completely agreed with the employer’s decision to fire a law enforcement officer. However, after five years of legal wrangling, a state trooper in Alaska won his case for back pay in front of the state’s Supreme Court.

Things still are wild and woolly in our Forty-Ninth State.

The Facts: In 2009, an Alaska state trooper (whose name has not been released to protect his privacy) was called to the scene of a domestic violence complaint. He and his fellow officers arrested the husband. Several hours later, the officer contacted the wife when he was off duty and had sex with her.

When the trooper’s superiors at the Alaska Department of Public Safety found out, he was suspended, and later fired.

The Public Safety Employees Union representing the trooper argued that he should not have been fired. An arbitrator agreed with the union, the state appealed, and the case wended its way through the state courts.

The Alaska Supreme Court, in a decision dated May 2, 2014, agreed with the trooper, his union, and the arbitrator. The majority of the justices, in a 3-2 decision, ruled that there was no “explicit, well-defined and dominant public policy in Alaska prohibiting reinstatement of a law enforcement officer who has engaged in off-duty consensual sexual misconduct.”

Doesn’t common sense count for anything in Alaska?

The two dissenting justices said the majority overlooked the gravity of the trooper’s misconduct, to wit: “Sex by a responding officer with a distraught domestic violence victim within hours of the alleged crime, likely leaving her in a more vulnerable position when the encounter came to light.”

The trooper will receive back pay as a result of the decision. He won’t, however, be reinstated, because he lost his police license in 2011 for some other reason. (Makes me wonder what that situation was.)

The Moral: The majority on the Alaska Supreme Court didn’t necessarily agree with the arbitrator, but they upheld the decision anyway. The majority said that “Engaging in sexual conduct with a victim shortly after responding to her call for help, even if consensual, is inappropriate behavior for a state trooper.” But because the Department of Public Safety hasn’t always punished cases of sexual misconduct by terminating the employee, the Supreme Court decided to defer to the arbitrator’s conclusion that the trooper should have been disciplined but not fired.

The two dissenters would have fired the trooper for his “serious and reprehensible” conduct, even if the Department of Public Safety didn’t have a specific sexual misconduct policy. Seems right to me.

So if you ever wonder why employers have “zero tolerance” policies and why they don’t seem to use any discretion when employees engage in misconduct, it’s because if they do use discretion, they might end up paying back pay to someone who clearly behaved inappropriately, and probably “screwed up” a law enforcement case.

Moreover, employers need to have those zero tolerance policies in writing. And follow them. That’s why employee handbooks grow to 100 pages or more, when the Ten Commandments fit on two stone tablets.

The reason employers don’t always seem to exercise common sense and sometimes seem to overreact is because they will be damned later if they don’t.

For more details on this case, see Supreme Court: Trooper shouldn’t have been fired for sex with domestic violence victim, by Michelle Theriault Boots, Anchorage Daily News, May 7, 2014.

What do you think? Should the trooper get back pay?

2 responses to “Favorite Firing: Trooper Fired After Sex With Victim”

This site uses Akismet to reduce spam. Learn how your comment data is processed.